With Filipinos’ consistent craving for dumplings and authentic Chinese cuisine, there has been a significant increase in the number of restaurants within Manila that have these specialties. However, there’s one restaurant that has long been part of special occasions in my family and we’d like to put the spotlight on them this week to give you a share of our childhood memories that you may be able to relate with. We used to visit Jade Garden in Makati City almost every month since I was four years old. My grandparents were avid fans of restaurant’s exquisite dishes, while I’ve always been a fan of their shark’s fin soup and the “aquarium” section – until I realized that it’s the same place where they get fish for our food (oops!).

Looking back in time, it was in 1980 when Chinese cuisine in Manila changed forever- when the dreams of entrepreneur and visionary Joseph Henry Ng reached its peak with the opening of Jade Garden. The first restaurant was particularly located at the former Automat, one of the most popular dining places during that time, also a masterpiece of Joseph Henry Ng.

It was as if diners were transported to Hong Kong, the country of origin of Jade Garden. 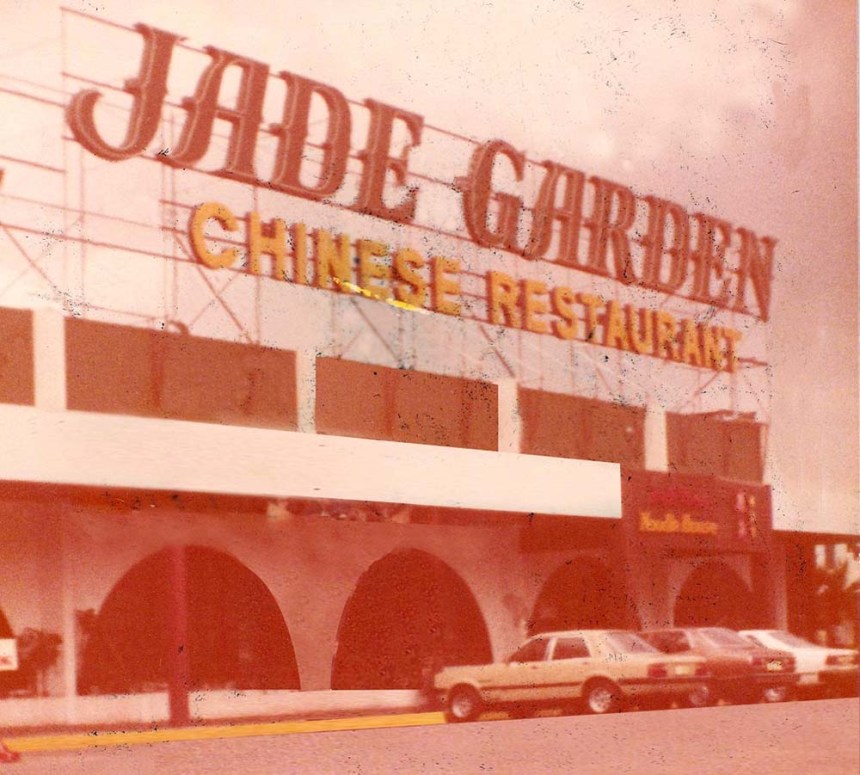 The façade of the original Jade Garden restaurant in Makati was a symbol of unparalleled dining – reminiscent of the opulence of Shanghai and Hong Kong. (Photo courtesy of Jade Garden)

The best chef on Cantonese cuisine was flown to Manila; tapestries, china, and silver were imported from Hong Kong; chandeliers were raised, and carpets were rolled out for the opening of the most pompous Chinese restaurant in the country.

For the first time, eating Chinese cuisine in the city was like dining in the presence of an emperor – suckling pigs with electronic glowing eyes, chicken wrapped in hardened “mud”, and the Peking duck that was served three ways were the main courses, of course, it was accompanied by the indulgent shark’s fin soup and abalones. The interiors were state-of-the-art, bar none, with crystal chandeliers reflecting light in soft hues around the hall, the silverware gleaming, and chinaware pristinely white.

Opening Jade Garden in the Philippines was the result of years of preparation, planning, and practice until everything was perfect.

“We pulled out all the stops when we opened Jade Garden in 1980. The service, the linens, the interiors, and the dishes – all were impeccable. There was no room for mistake,” said Peter Ng, the second-generation owner of Jade Garden, who also runs the family-owned Makati Supermart group of malls and supermarkets. 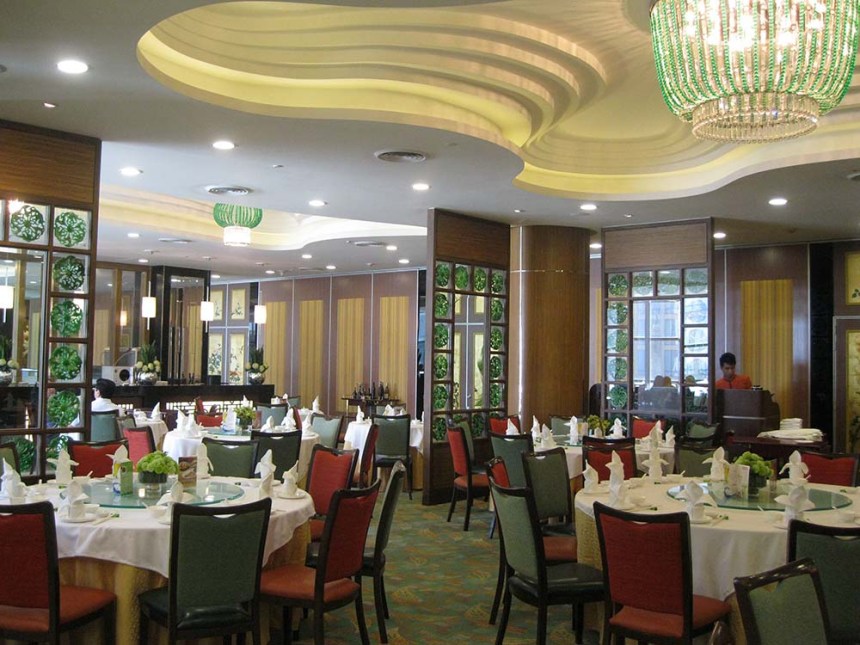 The present-day Jade Garden may have a new façade and updated interiors, but it still offers the best dining experience – a cuisine of elegance and prosperity. (Photo courtesy of Jade Garden)

It has been 25 years since Jade Garden first opened its doors in Makati City’s then premier commercial district, known as the Makati Commercial Center. But the opulence that Jade Garden serves has stood the test of time. The restaurant, which was opened by the inimitable First Lady Imelda Marcos, was the brainchild of some of the best minds in business and restaurant operations on this side of the planet.

Joseph Henry Ng was introduced to Mr. S.T. Wu, Chairman of Maxim’s Caterers, Ltd. Hong Kong, one of the largest restaurant chains in Hong Kong. The introduction was made by industrialist and esteemed Washington Sycip. Manila’s need for a fine dining Chinese restaurant that could rival those in Hong Kong was realized during that same meeting.

“From the conceptualization, we have always wanted to raise the bar in Chinese dining in the country. When Jade Garden opened, there was no other restaurant who served the way we did. A number of our staff were sent and trained in Hong Kong – they had to master how to change plates; how the suckling pig was sliced and served; the way to cut the Peking duck, and even how to change the table cloth in a swift but neat manner,” Ng added.

Today, dining at Jade Garden is like traveling back in time, when everything was glorious and opulence was the menu. I’d really love to pay them a visit again soon, and you should, too! My grandparents will definitely be happy if they knew about this. Pretty sure they’ll be smiling at me from across the rainbow bridge. ♥