“Look away, look away…” warns the first line of A Series of Unfortunate Events’ opening song; however, we can’t seem to look away now that it’s back with a second season! Unfortunate schmunfortunate. At least we’re sure that our hearts are strong enough to handle each episode’s unfortunate end.

In the previous season, we last saw the Baudelaire orphans as they were dropped off by Mr. Poe at boarding school. Their future seemed bright and hopeful because Count Olaf was finally behind bars, but as we’ve seen in the trailer for the second season; Violet, Klaus, and Sunny’s misadventures with the mysterious count are far from over. In case you’ve missed the trailer, you may watch it below before we take you through 8 things to look forward to this March 30. Your Manila Millennial got access to advance screeners and we’d love to give you a little peek at what to expect:

1. COUNT OLAF AND HIS MANY DISGUISES 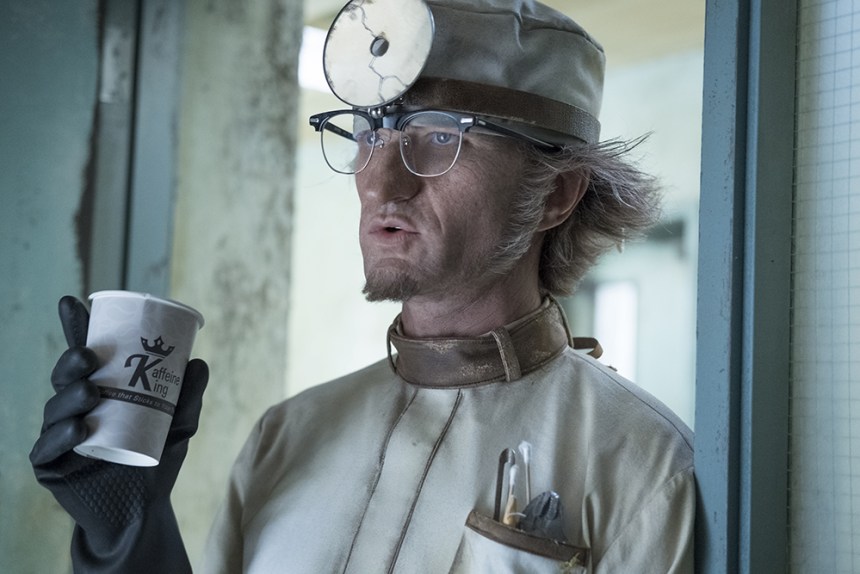 (Photo by Eric Schroter / A Series of Unfortunate Events / Netflix)

The costumes, the wigs, the accents — watching Neil Patrick Harris play a different character every two episodes never gets old. He’s so good at playing Count Olaf play new characters that we almost understand why the grown-ups in the series believe him to be a different person each time. 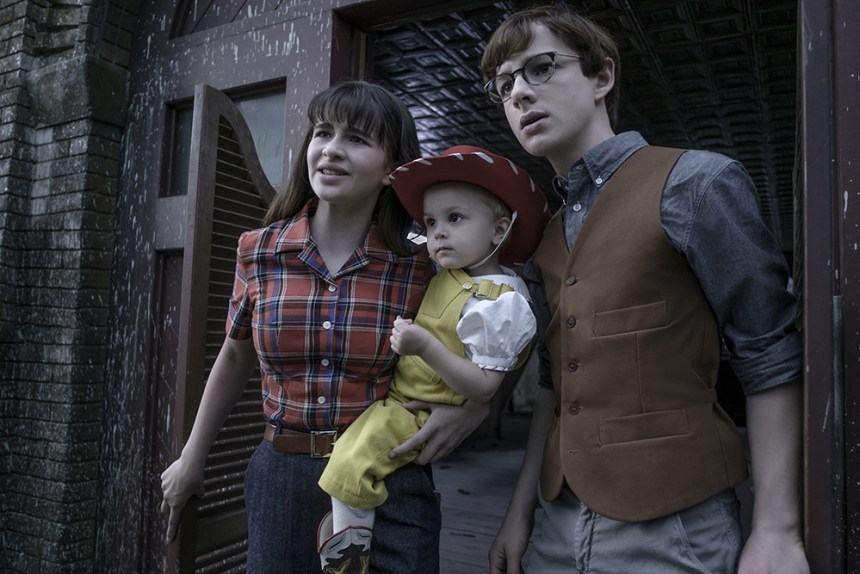 Having escaped Count Olaf four times in the past season, the Baudelaires (Malina Weissman, Louis Hynes, and Presley Smith, as Violet, Klaus, and Sunny, respectively) are much wiser and more courageous this time around. And because they’ve had to listen to grown-ups shoot down their it’s-Count-Olaf-in-disguise theories far too many times, they’re also much more proactive and creative, taking matters into their own hands. 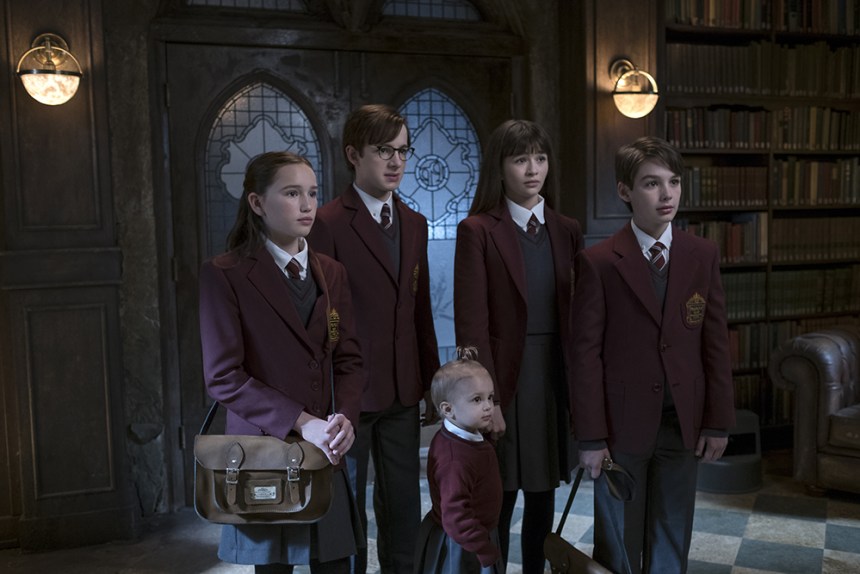 Why do the Quagmires have the same spyglass? Where is the third Quagmire? And why are their past and present so eerily similar with the Baudelaires?

4. THAT (SOMETIMES DARK) SENSE OF HUMOR 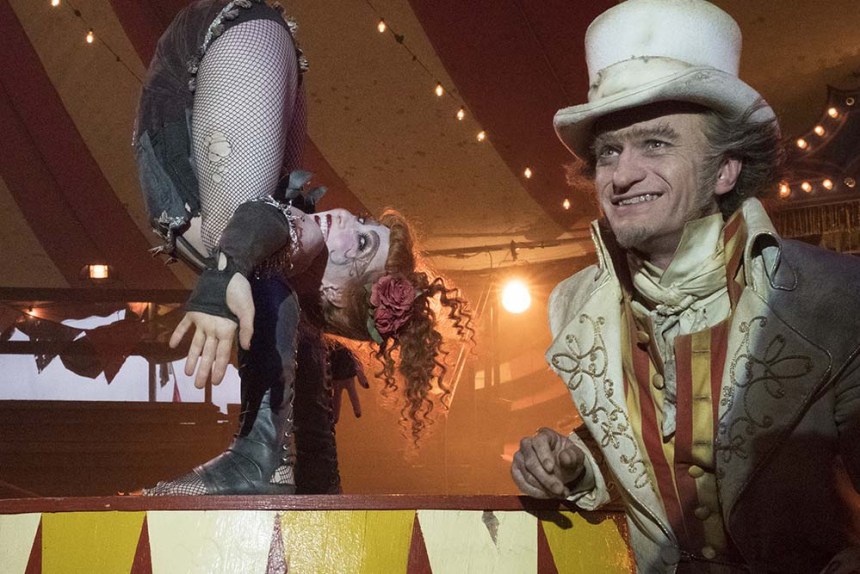 (Photo by Eric Schroter / Netflix/ A Series of Unfortunate Events)

A Series of Unfortunate Events is based on reality, but it’s an over-the-top version of reality. If some characters (the grown-ups mostly) seem to overact, don’t roll your eyes — it’s intentional! But the best humor is in the dialogue. There’s plenty of silliness and sarcasm to go around in this darkly comedic mystery that almost everyone gets to be funny — yes, even the (not so) little (anymore) Sunny Baudelaire. 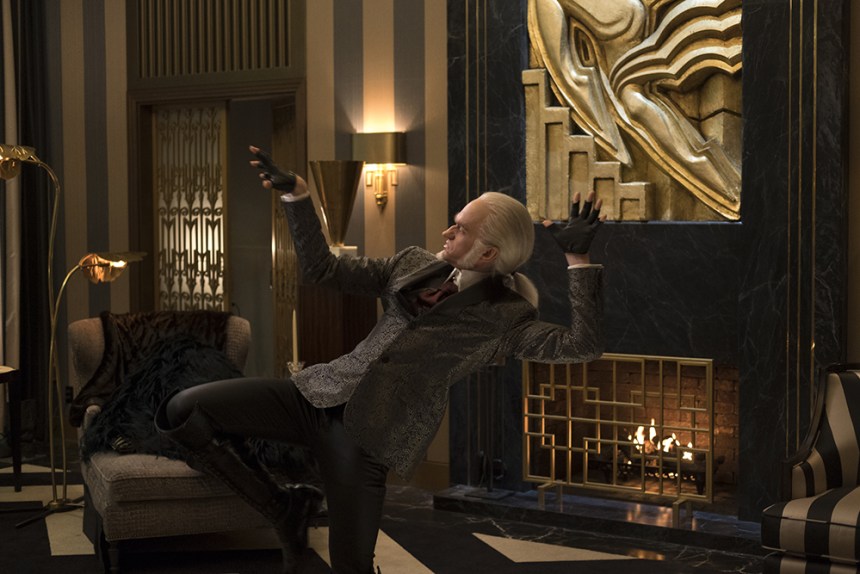 “I love pushing the boundaries of reality,” says showrunner Barry Sonnenfeld, whose past projects include the film franchises Addams Family and Men in Black, and the critical darling Pushing Daisies, a TV show known as much for its fantastical sets as it is for its unique story, much like A Series of Unfortunate Events. “All of this show is filmed on soundstages and the sets that they build are uniformly incredible. They’re fully realized,” says Harris. “It’s as if you are in the greatest queue for a theme park attraction where every texture, every book, every lamp is exactly appropriate.” As seen in the trailer, Roger Bart (pictured) plays the vice-principal, a.k.a. Sunny’s boss, in the Baudelaires’ new school. Is he going to help the Baudelaires, or will he be like most grown-ups on the show and not see Count Olaf for who he truly is? Other guest stars this season include (but are not limited to) Lucy Punch, Sara Rue, Tony Hale, Robbie Amell, David Alan Grier, and Nathan Fillion. 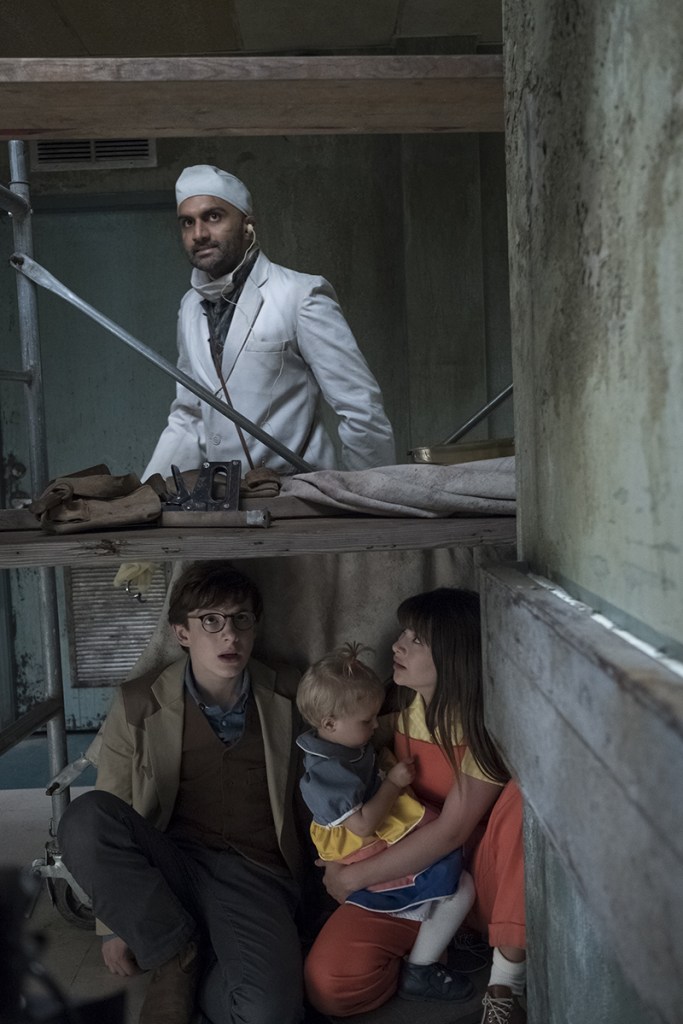 (Photo by Eric Schroter / Netflix/ A Series of Unfortunate Events)

Now that the Baudelaires are smarter and more experienced in Count Olaf’s ways, the action is more suspenseful and intense. The new season is based on books five through nine of the novel series: The Austere Academy, The Ersatz Elevator, The Vile Village, The Hostile Hospital, and The Carnivorous Carnival.

8. A SENSE OF NOSTALGIA 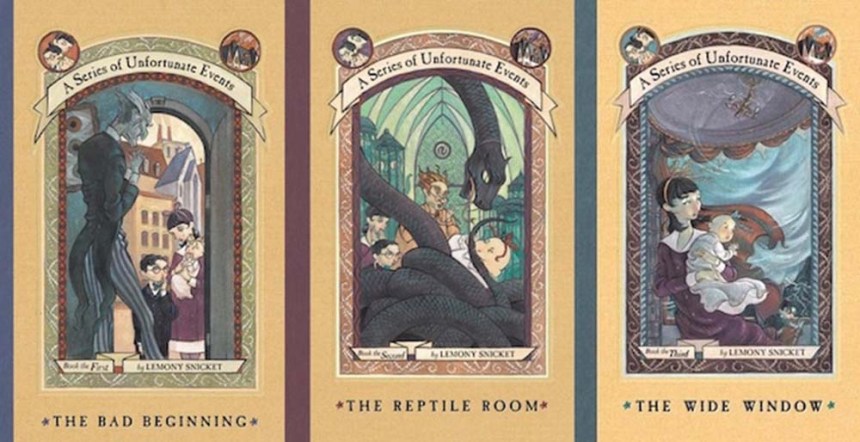 Coming from the international best-selling book series by Lemony Snicket which started in 1999, millennials wouldn’t be able to resist the rush of nostalgia. Imagine something you’ve read years ago be translated into visual versions that anyone can binge-watch on Netflix. A Series of Unfortunate Events recounts the tragic tale of the Baudelaire orphans – Violet, Klaus, and Sunny – and their extraordinary encounters with the devious Count Olaf, who will stop at nothing to get his hands on their inheritance. Foiling his many dastardly plans and disguises, the young siblings discover clues to their parents’ mysterious death, links to a covert organization, and begin to unlock long-held family secrets.

This long weekend, binge-watch all 10 new episodes of A Series of Unfortunate Events only on Netflix. We assure you that the revelations of this season are just so surprising!